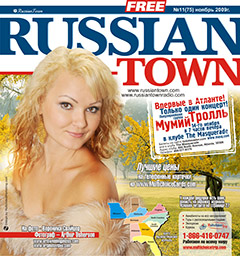 Today over 4 million Russian-speaking people live in the United States. Approximately 250,000 of them are residing in Georgia, Atlanta, Florida, North Carolina, South Carolina, Alabama and Tennessee. They have a very unique mentality, which combines the rich traditions of the Russian culture with the American worldview and their experiences living in the U.S. We would like to talk in more detail about these Russian-Americans.

The history of immigration to the U.S.

We all have to make critical choices at some point in our lives, and for many, it is making the choice to move. With the collapse of the USSR, there was a large number of people who dared to move across the ocean to the United States.
From 1990 to 1998 there was an increase of 254% in Russian-speaking population in the U.S. People left their homes, friends, and everything they had acquired living in the USSR in order to move to America. Many Russian-speaking people are still making the choice to move to the United States today, and along with children of Russian-speaking immigrants they carry values and a special way of life of that unique mentality.

The way of life of the Russian-speaking people in the U.S.

Since about 90% of immigrants are from the major cities of the former USSR (Moscow, St. Petersburg, Kiev, Minsk, Tashkent, and so on), they tried to move to the big cities in the U.S. such as Atlanta, Miami, Nashville, Orlando, Richmond, New York, Philadelphia, Boston, Chicago, Los Angeles, San Diego, San Francisco, Washington, Seattle, and the list goes on.
Russian-speaking people in the United States prefer to live an active and vigorous lifestyle in cities with a highly-developed society, cultural and business life. These people are focused on the future and want to take a worthy place in the society. Therefore, they strive to gain knowledge, they are flexible, sociable, and are open to everything new.

More than 3 million people among Russian-speaking people in the U.S. are adults who are employed. They consume a significant portion of goods and services. Moreover, they usually work after 65 years old, which does not in any way reduce their purchasing power.
Communication and a necessary exchange of information play a key role for Russian-Americans. They like to talk and share with each other in the community what products and services they prefer to buy, providing brands with great word of mouth advertising. One should really focus on and take advantage of the purchasing power of the Russian-speaking population in the United States.

The percentage of people with a secondary education degree among immigrants from post-Soviet countries is 80.3%, while for other countries it is about 67%. Furthermore, over 61% of Russian-speaking residents in the U.S. hold diplomas equivalent to a Bachelor Degree or higher, 17% are college graduates, 19% of people have an equivalent of an Associate Degree in the U.S.
Education plays a significant role among Russian-speaking people in America. Money for education is planned in the family budget, children understand the need for knowledge, and adults 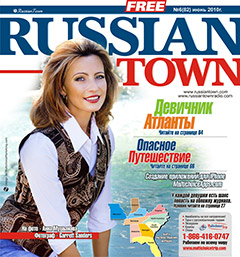 attend additional courses. All this is done to become the most respected and productive members of society.

Russian-speaking residents strive to build a successful career in the United States, to be sought by experts in the medical field, Information Technology, management, education, and the film industry.

Many people start their own businesses, providing supply and demand. Working for immigrants from post-Soviet countries is a path to ensure a good life and just a way to do what they enjoy doing the most.

Russian-speaking diaspora in the U.S. is a relatively high-earning segment: an annual revenue of more than 50% of families who immigrated from post-Soviet countries is approximately $55,000.
These people buy houses, apartments, and cars often in the first few years of their arrival in America. These are families who do not struggle and try to survive in the U.S., but who live well and can choose the best and not only what they have to choose. These people have high brand loyalty.

Family is the most important thing for Russian-speaking Americans. Immigrants from the former USSR care about preserving their roots, and are seeking every opportunity to teach their children the language and culture. Children receive a considerable study load, but at the same time they gain a lot of knowledge, commitment to hard work and motivation to constantly move forward.